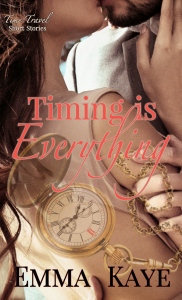 What’s this? He pulled out a smooth, polished heart made of amber. Her favorite gem. It was cool to the touch, but heated rapidly in his palm.

“You waited too long.”

His head jerked up. “What?”

Leslie stared at him with a sad smile. “She got tired of waiting for you to come to your senses. She met Cal a few days later at our New Year’s Eve party.”

His mind reeled. Pep had wanted him to make a move? He’d chickened out because he thought she only saw him as a friend. He hadn’t wanted to risk losing her.

But he’d lost her anyway.

The tragedy of her life began well before her death.

Oh my God. He dropped his head into his hands, the stone pressed against his forehead. The fortune clutched in his other hand. If he’d had some balls back then, she’d never have gotten together with the asshole. She would still be alive.

He’d had his chance, and he’d blown it.

Now she was gone.

His vision blurred as he read the stupid fortune once more. Not so funny anymore. If only he hadn’t been such an idiot. He closed his eyes.

If only she’d had the patience to wait for him.

A wave of dizziness swept over him. Just what Leslie needed. Him to pass out in her basement. He hadn’t been able to stomach food since he learned of Pep’s death. All of which could have been avoided if he’d fought for what he wanted when he had the chance.

Pep’s death lay on his head. He may not have killed her—but he could have saved her.

What should have been the soft cushions of the sofa scraped against his back like wood as he slumped and let his hands drop to his lap.

“Ouch.” Damn. His knuckles hit against something solid and his eyes popped open. Where the hell had the table come from? The wrinkled remains of a fortune and a crumpled napkin lay haphazardly across a plate that had the remnants of a meal on it. He snatched Pep’s fortune before the sauce could ruin it.

But it wasn’t her fortune. He stared at a proverb that hadn’t been there a moment ago, the edges of the paper brown and sticky with garlic sauce. What was going on?

Great. His mind was playing tricks on him. He was so fucking tired, he was hearing her voice.

His head shot up. No. Not possible.

Yet there she was, staring at him, a look of concern on her beautiful face.

He choked back a cry of astonishment. He sent his seat flying as he leaped out of his chair and rounded the table in less than a second. Pep’s chair fell over when he hauled her into his embrace.

“Patience,” he whispered into her hair. He inhaled the scent of jasmine.

She pushed against his chest. He loosened his hold—but kept one hand at the small of her back and one at her neck to keep her close. She couldn’t disappear if he held her. Could she?