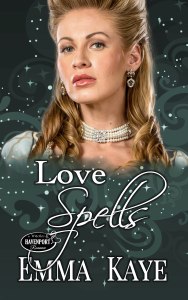 She forced her chin up and met his glare head-on. That’s what her heroines would do. They wouldn’t crumble. Or cry. Or scream. Like she wanted to. She couldn’t stop the tremor in her hands.

His fierce frown was at complete odds with the man on the beach that morning. This man didn’t mistake her for someone he loved. And he apparently wasn’t the playful type.

Somehow, she missed seeing that look on his face. Ridiculous since it had never been for her anyway.

His gaze raked her from head to toe, pausing at her midsection where the dangling ruby-red gemstone on her belly ring matched the polka dots on her barely-there bikini.

She wasn’t as brave or brazen as the heroines in her novels. They’d have stuck out their chest and propped a hand on their hip before asking the beast if he liked what he saw.

She crossed one arm across her stomach, the other over her breasts.

But damn it! She was on vacation.

Why should she be embarrassed? Her bathing suit wasn’t exactly modest, but she’d seen worse.

Only, she wasn’t on the beach. Standing next to two fully dressed people—actually, two overdressed people—was unnerving. Not to mention how the image of him in his own clinging bathing suit was seared on her brain.

Red crept up his neck and spread across his cheeks as he watched her squirm. He dropped his gaze. “Jane. Who is this person and why is she practically naked?”

Jane threw the dressing gown over Winnie’s shoulders. Winnie shrugged into it, tightening the waist with a vicious yank on the belt. Pissed at herself for feeling so self-conscious. She clutched the neckline together with a trembling hand.

“The spell brought her here.” Jane ran over to her brother and grabbed his hand. “She’s here to protect you.”

Winnie reared back in surprise. “I’m what?”

Bastian’s laugh sounded like a bark. Short and surprised. “This is the result of that spell you cast? I can think of little she can do for me that is suitable to be discussed within your hearing.”